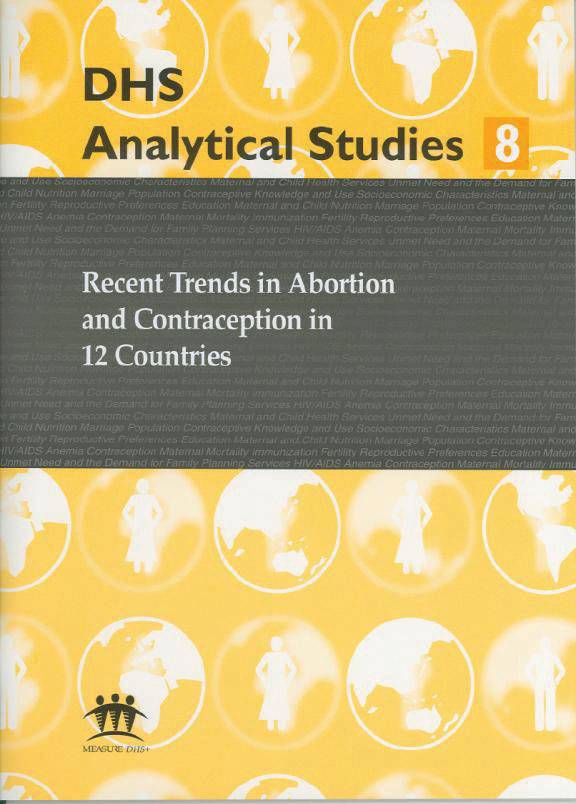 Recent Trends in Abortion and Contraception in 12 Countries (PDF, 813K)

This report is an analysis of recent trends in abortion and contraception in 12 countries of central Asia and eastern Europe—Armenia, Azerbaijan, Georgia, Kazakhstan, the Kyrgyz Republic, Moldova, Romania, Russia, Turkey, Turkmenistan, Ukraine, and Uzbekistan—where abortion had long been a major if not the principal method of birth control. A cross-sectional analysis of 18 countries shows a very high negative correlation between abortion and the use of modern contraceptive methods but a moderately high positive correlation between abortion and the use of traditional contraceptive methods. In a series of simulation models, the implications for further reductions in the prevalence of abortion are estimated. For example, if the women currently using modern methods of contraception were joined by those currently using traditional methods, abortion rates on average could be reduced by 23 percent; if women classified as having unmet need for family planning were also added to this group, abortion rates could be reduced by as much as 55 percent. The report also examines some of the main covariates of the use of modern contraception and abortion, as well as attitudes toward abortion. Multivariate analyses using a standard set of variables for all countries highlights the importance of age, urban residence, and education. The main conclusions are that there is strong evidence that modern contraceptive methods are replacing abortion as the primary means of family planning. At the same time, there will be continuing if not increasing pressure to avoid unintended pregnancies, which often end in abortion.