The DHS Program  >  Publications  >  Changing Health Conditions and the Decline of Infant and Child Mortality in Benin (English, French)

« go back
Changing Health Conditions and the Decline of Infant and Child Mortality in Benin (English, French) 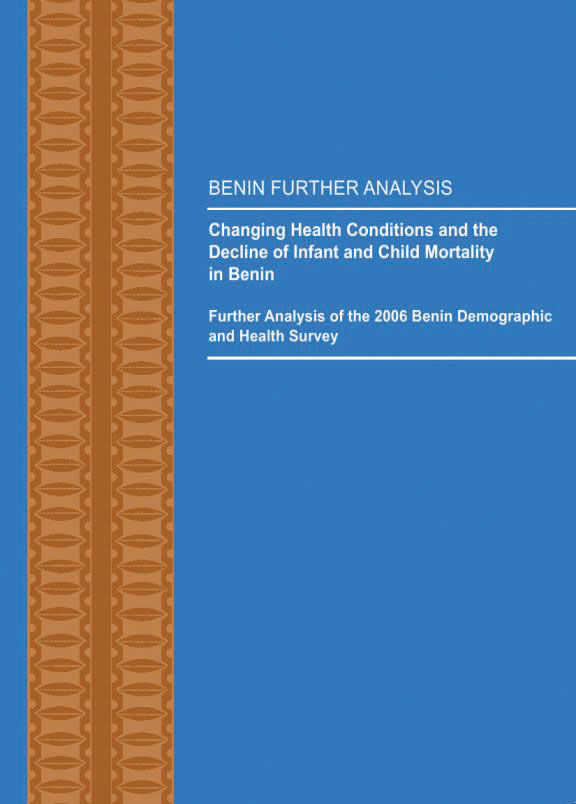 Changing Health Conditions and the Decline of Infant and Child Mortality in Benin (PDF, 2788K)

Benin is one of the sub-Saharan African countries where there is a decline in childhood mortality. This paper examines various socioeconomic factors and maternal and child care interventions that are likely to have influenced the level of infant and under-five mortality in Benin, using data from three DHS surveys implemented in 1996, 2001, and 2006. Survival analysis is applied to the 2006 data to determine the important factors that have an impact on the levels of infant and child mortality in Benin. Then by using the changes in the prevalence of these factors, the proportion of change in the mortality rates between the surveys is estimated. The analysis reveals that the significant predictors of infant mortality are mother’s education, vaccination, the preceding birth interval, the age of mother at birth, the multiplicity of birth, birth weight, antenatal care, antenatal tetanus toxoid injections, medical delivery assistance, and bed net possession. These predictors explain about 57% of the reduction in infant mortality. It is evident from this analysis that bed net use is strongly associated with the reduction in childhood mortality, and that bed net distribution should continue to be increased. It is also important to ensure increasing coverage of vaccinations. Improving other health care such as medical delivery, antenatal care, and antenatal tetanus toxoid injections is essential to reducing the infant and under-five mortality. Efforts to avoid short birth intervals and births to young mothers would also play increasingly important roles in reducing infant and under-five mortality.