The DHS Program  >  Publications  >  Factors Associated with HIV Infection among Educated Malawians: Analysis of the 2010 Demographic and Health Survey (English)

« go back
Factors Associated with HIV Infection among Educated Malawians: Analysis of the 2010 Demographic and Health Survey (English) 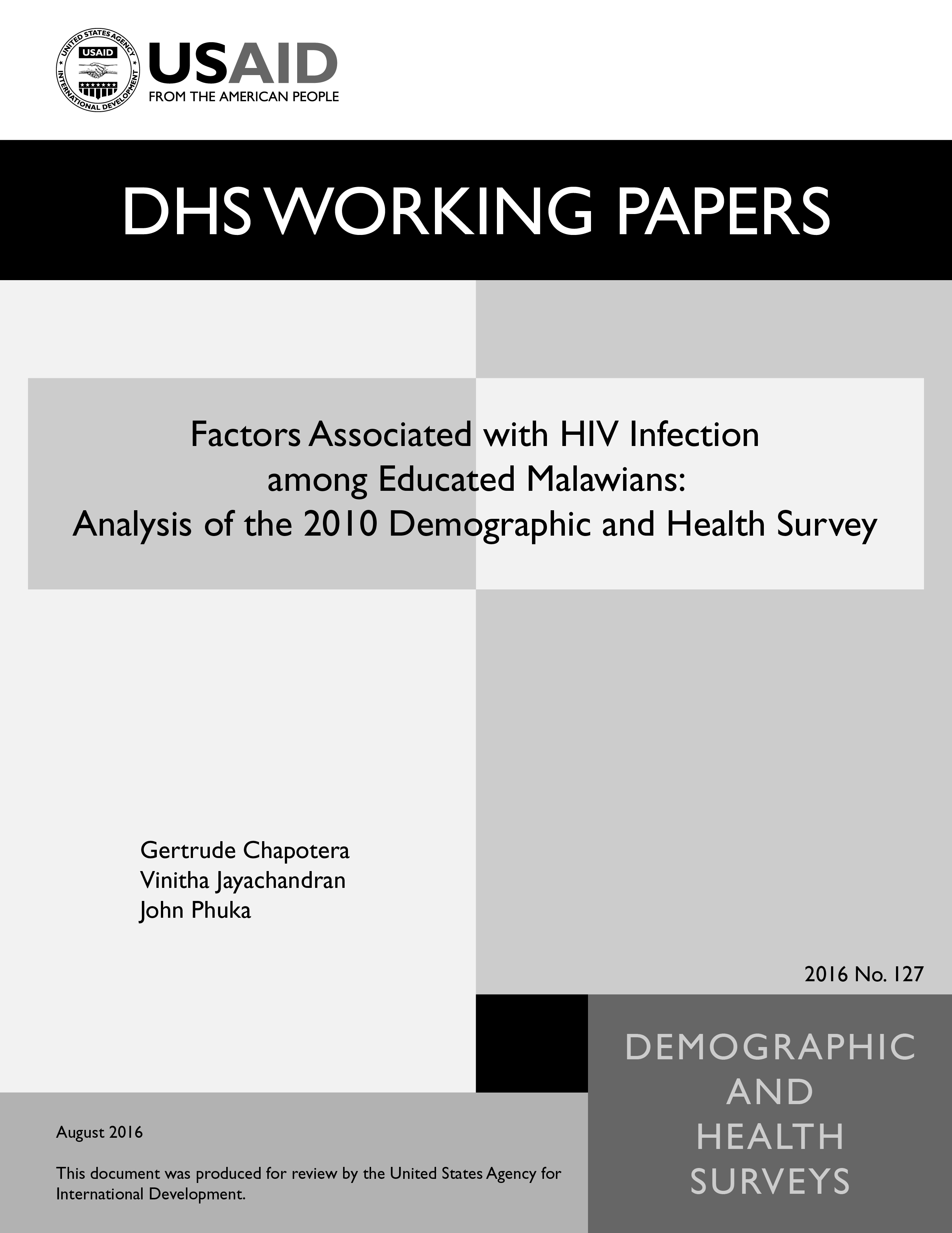 Introduction: Among people who have ever attended school, higher educational attainment appears to be associated with higher prevalence of HIV. This study assesses the association between education and HIV status in Malawi, among individuals with some education, after adjusting for various background characteristics. Methods: We used nationally representative data from the 2010 Malawi Demographic and Health Survey (MDHS). A weighted total of 5,092 women age 15-49 and 5,460 men age 15-54 who were tested for HIV and ever had sex were included in the analysis. Multiple logistic regressions were used to explore the association between HIV status and educational attainment, as well as other factors. Results: Among women with a secondary education, compared with women with a primary education, the unadjusted odds ratio of testing HIV-positive was 1.6. Men with a secondary education had 1.1 higher odds of testing HIV-positive compared with men with a primary education. Among women with a tertiary education, compared with women with a primary education, the odds ratio was 1.5, and among men it was 1.7. The association of HIV prevalence with education, however, was no longer significant in the models controlling for variables related to high-risk behaviors, access to health care services, and partner and demographic characteristics. Adjusted models showed significantly increased odds of HIV associated with a higher lifetime number of partners, marriage status, comprehensive knowledge of HIV/AIDS among men but not women, older age, urban residence, residence in the Southern Region of Malawi, higher wealth status, higher occupation rank, and among women but not men. Conclusion: Education was not found to be associated with being HIV-positive, but lifetime number of sexual partners, age, residence, and wealth status may be important factors associated with HIV seropositivity. Except for lifetime number of sexual partners and marital history, the other factors that are most likely to be associated with HIV seropositivity reflect survival rates related to knowledge and access to care. Individuals with higher education may live longer with HIV infection than individuals with lower educational attainment, resulting in higher HIV prevalence among the educated, even if their infection rates are not as high. Our findings perhaps suggest a need for better education on HIV/AIDS and better health practices, while further supporting avoidance of risky behavior.