At times, the full DHS, SPA and AIS surveys do not meet the specific needs of a country. Perhaps national leaders are looking for a shorter survey that can provide results in only six months. Or maybe they are looking to focus only on a few specific indicators in a smaller population, such as reproductive-aged men. Perhaps they are looking to integrate specific biomarkers into their national health data, or to start mapping the location of various health facilities or need to track the results of smaller health interventions. In such cases where the full DHS survey is not necessary or sufficient, The DHS Program will work with national representatives to design a relevant survey tool.

The Knowledge, Attitude and Practices Survey is similar to the DHS, but is implemented on a smaller scale and does not include birth histories.  In Tanzania in 1994 it focused on knowledge and use of contraceptives, while in Malawi in 1996 the KAP studied contraceptive use, malaria, children's health, and HIV/AIDS knowledge and behaviors.

A panel survey uses the same group of respondents for two subsequent surveys.  The Morocco 1995 DHS used a panel methodology.

Additional surveys may be required to coordinate with other population-based surveys during the course of The DHS Program. Such surveys may be designed to obtain specialized information from a population subgroup such as men or young adults. Countries in which adolescents are the target of programs may want to include a special survey of this group. Countries may also identify needs for special surveys on specific topics, e.g., expenditures on health care, women's empowerment, and education. There may also be scope in some countries for an "add-on" survey, in which a limited number of questions are added to an existing survey. 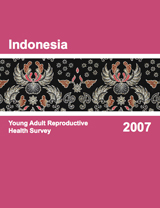